Posted on December 28, 2013 by paulhumphreysadventures

Yesterday we went to the mountains for the day. Now for me a day in the mountains is always a good day, and to make it even better Robin & I were together and then to top it off we were with family. It was one of those days where one gets to check all the boxes.

The day started with a short drive to Cave Stream where there is a simple but still fun 45min caving experience through some limestone caves. In water and very cold. It got about waist deep in places. What was cool was that some of my nieces and nephew and brother-in-law and sister came too. We left Cora in the car, probably the best thing to do as she would have struggled in these caves. But her adventure came later in the day.

We then drove to Arthur’s Pass NP. Which is you may recall there was a framed photo above my closest door in my old office. It was from this NP. These mountains are really important to me and have spent many adventures and mis-adventures in this mtns over the years and while i love being in the mountains these mountains are as they say a “thin place” for me.

We had lunch in the park. Robin and the family went on a short walk to a waterfall, while Cora & I hung out by the river in the sun as she had been in the car a lot up until then. After that in the late afternoon we jumped in the car, got ice cream and divided up for the drive home as i had successfully convinced Robin and our only nephew David to come on a “short & easy hike/climb”. hmmmmm. i had read about this is a NZ Wilderness Magazine and wanted to go check it out. Of course Robin was skeptical about a short…. and David is most of the time up to an adventure with his uncle & aunt, having been on a few with us. So we drove up the Mt Cheeseman ski-field road as far as we could to a locked gate (but above the tree-line) and started walking/climbing, with Cora of course. Our plan was to make it to the ridge-line and some promised amazing views.

We slogged up through the tussock and scree to finally make it to the summit around 630pm and partly cloudy but fantastic weather. It was almost perfectly calm with no wind, which for this area at this time of the day is incredible. The views were amazing seeing deep in to the NZ’s Southern Alps and a few our our big braided river catchment areas. At this time of the peaks around us don’t have snow but come winter they are covered.

There were lots of +’s about our time up high. Sharing this with Robin and David, then Cora coming with us . Of which she was a little reluctant as it got steeper and the rocks a little rougher. Also, lets say Cora wasn’t the only reluctant participant near the end. But with some gentle encouragement we made it, and were well rewarded. Sometimes the reward takes a little extra effort, but is well worth it. Poor Cora comes of many of these adventures and had no idea what she is getting into. At times giving me a few dirty looks. She is celebrating her achievement by sleeping all day. 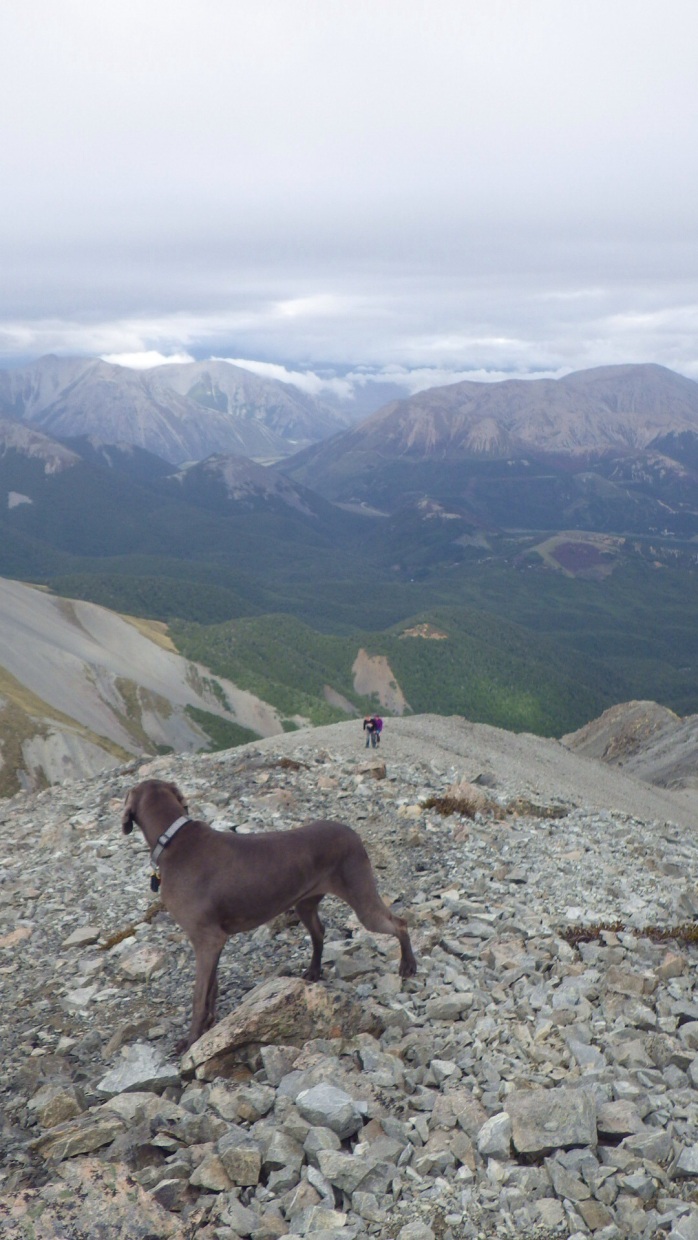 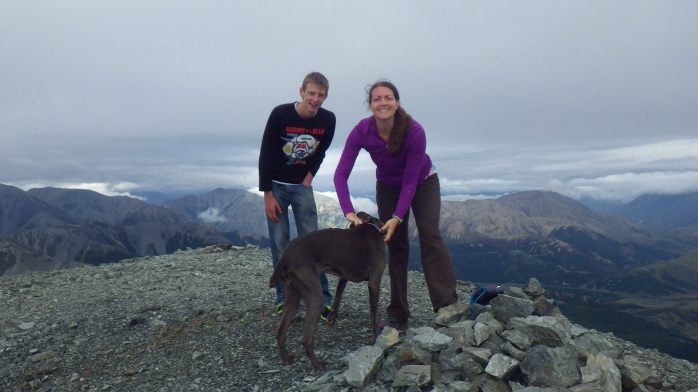