Posted on July 27, 2014 by paulhumphreysadventures

Ended the last report about this race with us crawling into our sleeping bags as we missed the cut-off. Remember we haven’t slept much and getting in sleeping bags all dirty and grimy isn’t plesant.

Well we slept and made sure we were up and ready to get back on the river at 7am. I also recall sharing a can of condensed milk mixed with coffee before we got on the river. Super rich, but it tasted good.

So how close were we to getting off the river the night before? how about after 20mins of paddling that morning we were off. Yup, really close. We transitioned quickly to our bikes. With Scotts replacement bike there for us waiting. Which was an amazing realization of how many people want to you to do well and finish. Once on the bike we rode a short and quick section on the road to the next trek. Which was a Coasteering section. This means on foot, but close to the coast and may include dealing with rocks, cliff, bluffs and tides.

We set off relatively quickly to encounter what was probably the hardest CP of the whole race. The clue was Southern most Cabbage Tree (which in NZ are quite tall native tree) nothing like an actual cabbage. We came over the saddle and the entire hillside is covered in cabbage trees and thick, spiky, prickly shrub. Not like small prickly but shred your skin and clothing. I’m glad we were looking for this is daylight. Cannot imagine this nightmare in the dark.

We made our way through the leg shredders and weren’t having much joy. we were about to re-attack it from another direction when i said “let me go check that one” My team mates were skeptical but i wanted to look anyway. And what do you know… it was there hanging from the cabbage tree.

However this gets better, along with the CP was some teams “Yellow Brick”. The device used to track us online using Satellites. They had obviously lost it and here it was. What a dilemma for us. Do we leave it? or take it with us? The rules were clear…. to lose this meant DQ’d.

We decided to leave it in case that team realized and came back to where it was. Seemed like a strange place to leave it. Oh well. Onwards we went. The rest of the CP’s were relatively easy but with lots of elevation gained and lost. We took a gamble after one CP of whether or not to follow a stream down to the beach and for it to flow gently down to the beach or risk getting cliffed out. The topo map wasn’t really helped. We chanced it and….
.
.
.
The gamble paid off. This meant we could travel/run quickly down the beach to the next TA and get back on our bikes.

We did this around sunset and quickly took advantage of the fading light to knock out the road section and get onto the last section of coastal hill country before the last section of kayaking and the finish line. We got through some of the hill country on our bikes but then as darkness fell the navigation got hard. It didn’t help that our lights were fading and in fact i know i did some sketchy descents down steep hills and trails following Pete’s wheel and his light closely to avoid holes etc.

This section really frustrated us as we were really close to the end. Quite often in races and in many things we get this “disease” called get-home-itis and this is when things can go wrong. We managed to pull together but not after a few drama’s and tense words shared between team mates to come out the other side onto the road for a short road ride to the paddle put in. Not before making sure Scott was on the correct side of the road and weaving all over the place due to sleep monsters and being on the other side of the road in NZ

We boxed our bikes at the TA for the last time, along with extra gear in our bins. Which all now smell really bad. Between uneaten food, stinky clothes etc. The smell was bad.

We get into our kayaking and paddle off into the darkness at about 2am. Using only our headlamps to see, which isn’t far when you are on the ocean. We had to paddle across a huge bay around a peninsular and into the start/finish line. I really like navigating on the water so i dialed up heading of what we needed and went for it. Looking back after only us and another team took as direct route as that. Other teams hugged the shoreline and of course took a lot longer. I guess being a kayak guide helps. It was fun to be out there in the darkness and quite often we would paddle with no lights on, only the glow sticks on the ends of our boats. All this made for great views of the stars. We didn’t pass any dolphins but did see quite a few Albatross sea birds which have largest wingspan of way bird, ranging from 8-11.5ft.

We rounded the peninsular, but not before a few hallucinations on my part. One that teams were catching up to us at a great speed, only to be reminded that they were the lights of the road way back behind us where we had put in. Then to literally fall asleep while paddling . In fact at one point i think all 4 of us were asleep and paddling at the same time.

We approached the beach and finish line with mixed feelings. One including whether or not there would be a swell and waves to navigate as one last cruel twist to test us. I quickly coached my team mates about keeping the boat perpendicular to the wave. We did encounter a slight swell but nothing major.

As we paddled closer i could see one of the race directors standing there and of course could hear Robin hollering at us. And the pleasant surprise of my mother there. Who has never witnessed me finish a race like this before as all my other races like this had been in the US and around the world.

We were greeted with a meat pie (NZ tradition) and beer, enough said. Which all went down well despite the 5am finish time.

Obviously there is lots to reflect on and if I ever have the pleasure of spending time with you the reader in the future and hearing your stories i hope to share a few reflections with you.

Someone once said that AR is an exercise in misery. But its more than that. Part of it is, but….

Some time ago i read this quote by Oliver Wendall Holmes “… what matters is not the years in your life, but the life in your years, so live….” 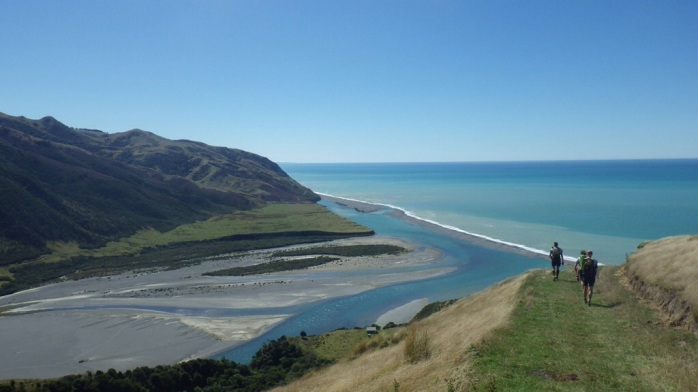 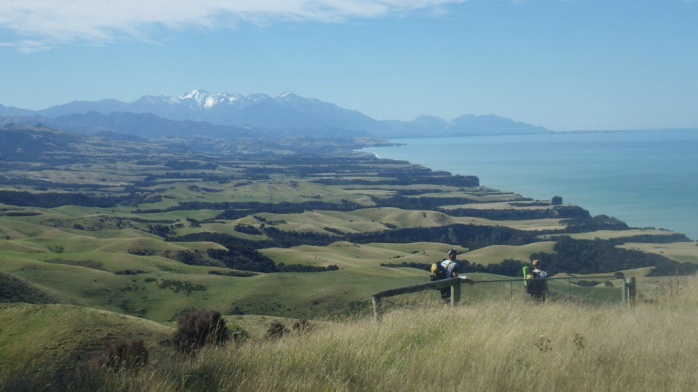 ← But the ocean is right there.
Some Big NEWS →